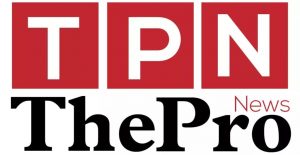 Even in the day, the night sky and thousands of secrets of nature are buried. More than 400 wild tribes live in the Amazon in the largest forest. What is the Amazon? Do you know what Amazon is?

Do you know what Amazon is?

It is a rainforest that is considered to be the largest forest in the world and it is spread around the Amazon River and its tributaries, its area is almost equal to the whole of Australia. This forest spans nine countries including Brazil, Colombia, Venezuela, Suriname, Guyana, Ecuador, Peru, French Guiana and Bolivia. 20% of the Earth’s oxygen is produced by Amazonian plants alone. 40% of the world’s animals, birds, and insects are found in the Amazon.

There are more than 400 wild tribes living here, their population is estimated to be around 4.5 Million, these people are living in a wild style even in the 21st century. Some areas of the Amazon forest are so dense that sunlight cannot reach them, and the sky is dark even during the day. There are also such poisonous insects that if they bite a person, he will die in a few minutes.

Biologists have been able to reach only ten percent of this forest. The Amazon has thousands of secrets of nature buried in its chest. If you are in the Amazon forests and it starts raining heavily, the rainwater will not reach you for about twelve minutes. The Amazon forests are being cut down like other forests in the world, trees are being cut down very fast. In 2019, a dangerous fire also broke out in the Amazon, which burnt down large areas of trees.

More Updates for You

The Pro News, the leader of information resources in Wold works under the doctrine of maintaining its readers informed. The Pro News tells the story of the planet and it provides new, compelling content that is informative and useful for its own readers.
Contact us: admin@thepronews.com
© Copyright 2022 All Rights Reserved.
%d bloggers like this: